SCWCA members enjoyed a fun and informative visit with Nancy K. Turner in her downtown Los Angeles studio on December 8, 2019.

In conjuction with the WCA Art Speaks! Lend Your Voice 2018 conference, the “Women Around Town” Bus Tour stopped at the at 18th St. Arts Center to visit Lita Albuquerque’s studio.

In 2006 Los Angeles conceptual artist Lita Albuquerque ventured to the South Pole and created the extraordinary Stellar Axis land art installation, arranging 99 blue fiberglass spheres of varying size in the Antarctic snow to reflect the configuration of stars in the night sky.  Albuquerque has described this project as “a map, an ancient star map perhaps, or a future one,” inspired by the idea of “the earth seen from space” that came to her when she “experienced the first landing on the moon in the Sahara desert.” With no people or footprints visible in the bright whiteness around them, the blue orbs collectively resemble celestial bodies, an effect especially heightened in one photographic negative print that converts the empty snowscape into an inky black night and the blue globes into radiant yellow pinpoints. 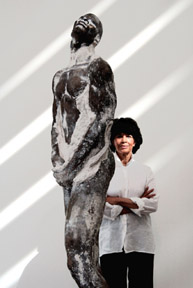 “Always ahead of her time, Lane has never veered from her subject matter. . . . Lane’s work becomes more and more germane.”
– Marlene Dohahue

ABOUT ARTIS LANE
Born in Canada, Lane first came to prominence in the 1960s as a portrait artist. She attended art school in Toronto and later studied at the Cranbrook Academy of Art in Detroit.

In the 1970s after moving to California, Lane began to focus on social issues and work in sculpture. Her civil rights statements include a now famous painting of a young Rosa Parks on the bus. In 2007, the California African-American Museum produced a major retrospective of her work. Her bust of Sojourner Truth is installed in the U.S Capitol. She was recently honored by the Detroit Institute of Art and will receive a Lifetime Achievement Award in New York City in Febuary of 2013.

Lane’s work is expressed in three levels of consciousness: Portraits, Social Injustice & Metaphysics, through painting, lithographs and sculpture. She is widely exhibited in private and public collections and museums including the National Museum for Women in the Arts and she recently completed a bust of First Lady Michelle Obama.  More at artislane.com 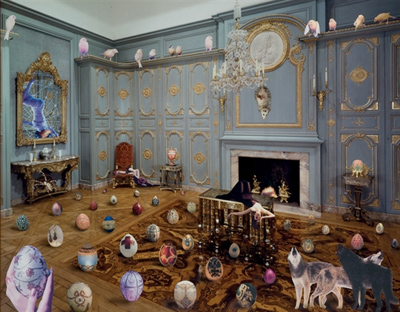 Marnie received her BA from UCLA in 1981, and has exhibited widely internationally and had numerous solo public shows. Her work is held in prestigious public collections such as MOCA and FRAC in Paris. She also has had a significant musical career, originally part of the LA band Party Boys. She subsequently formed The Spirit Girls, characters that have been featured in numerous films and performances. Weber was included in the SCWCA sponsored Multiple Vantage Points exhibition at Barnsdall in 2007. She is represented by Patrick Painter in Los Angeles.  More at MarnieWeber.com

“I make art out of all aspects of my identity, finding that art integrates my experiences, beliefs and heritage. I am particularly nourished by the history of the Jewish people and by the unwritten history of women. I believe that art creates meaning and can be transformative for both the artist and their audience.” – Ruth Weisberg 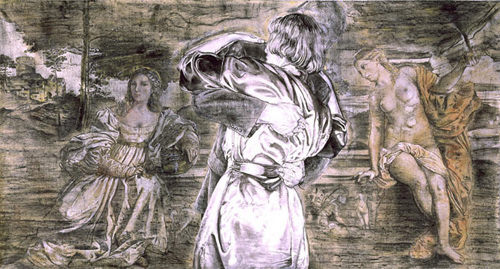 RUTH WEISBERG, our chapter’s first President, received a WCA Lifetme Achievement Award in 2009 and is the only living artist to ever have a solo exhibition at the Norton Simon Museum in Pasadena.  Later this spring, she will step down after 15 years as Dean of the Roski School of Fine Art at USC to return to teaching. She received her M.A. from the University of Michigan and her Laurea in Painting and Printmaking from the Academia di Belle Arti. Ruth is represented by Jack Rutberg Gallery.

From the “I Ching labyrinth” in front of her studio to the babbling water of the entry way to the interior of her workspace wherein large skylights bounce light, casting no shadows, the feng shui of Diana Wong’s studio embraces and comforts while her powerful artwork stimulates. This promises to be a one of kind experience with a gracious hostess. 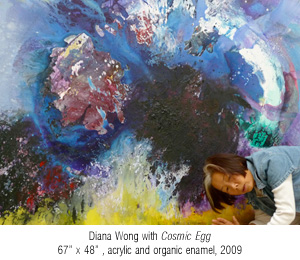 Diana Wong has a long career as a painter, mixed media artist, curator, and educator. Beginning in the 1990’s, Diana’s work began to reflect her interests in Eastern philosophies, such as the I-Ching, culminating in a unique East-West aesthetic whose subject is the universal human experience. She believes: “art creation is a process of infinite possibilities. It also can be mystical when the creation becomes something bigger than the artist herself.”

Born in Hong Kong, Diana and began her artistic training at an early age with calligraphy and Chinese brush painting. She received her bachelor’s degree in Decorative Arts from the Academy of Fine Arts in Rome, and did advanced studies in classical oil painting in Italy, and at the Royal School of Arts in England. Later, Diana immigrated to the United States in 1970. She has held solo exhibitions in Hong Kong, Taiwan, Shanghai, Milan, Tokyo, New York, and Los Angeles. More at dianawong.com

OUR MISSION is to create community through art, education and social activism.

We are committed to:

Join today and enjoy member benefits that last through December 31, 2021.