Special guest speaker, artist and curator Georgia Freedman-Harvey will speak about legacy for artists and more!

Georgia Freedman-Harvey has a background in art and museum studies. Her training was primarily in glassblowing and a variety of art media including studies in Brazil and England. More recently she has worked in fiber and mixed media (with an emphasis on paper and book making). She has taught art in a number of settings and has had her artwork included in exhibitions. For the past 12 years she has been part of an artist exchange with an artist on the east coast.  The artworks are now part of a traveling exhibition called Hands-on: Hamsa Exchange. After college she started working in the arts in positions at several museums. Georgia has held a number of positions in museums and non-profit galleries.  Including extensive curatorial work and serving as an art advisor to private and public art collections, and for artists and artist estates. She has served as the curator for  a number of institutions. Her curatorial credits include exhibits here and abroad, including in Vienna and Jerusalem.  She has worked in a number of settings using art for healing purposes and has received several grants to work with veterans in recovery and teens with chronic illnesses.  She also speaks with and works with artists about creating their legacy and does workshops on how to plan for your legacy. Her most recent curating projects have been for the Pico Union Gallery at the Pico Union Project in Los Angeles. She is part of the team currently working on the expansion of the art museum at CSULB.

On June 22, 2019 members of the Southern California Women’s Caucus for Art attended a performance of the wonderful play titled “LADIES” by Kit Steinkellner at the Boston Court Playhouse in Pasadena on June 22, 2019. It was a fictional account of the birth of The Blue Stocking Society, the world’s first feminist movement in 1750’s London, told through a modern lens. The original activists included Frances Burney, Elizabeth Carter, Angelica Kauffman and Elizabeth Montagu. During the run of this play SCWCA was one of several community partners working to empower all types of women. Included is a photo of Board Members Shelley Heffler, Karen Schifman, Sandra Mueller, Lynn Letterman and Melissa Reischman along with members Susan Kurland, Ann Storc and Ann Isolde. 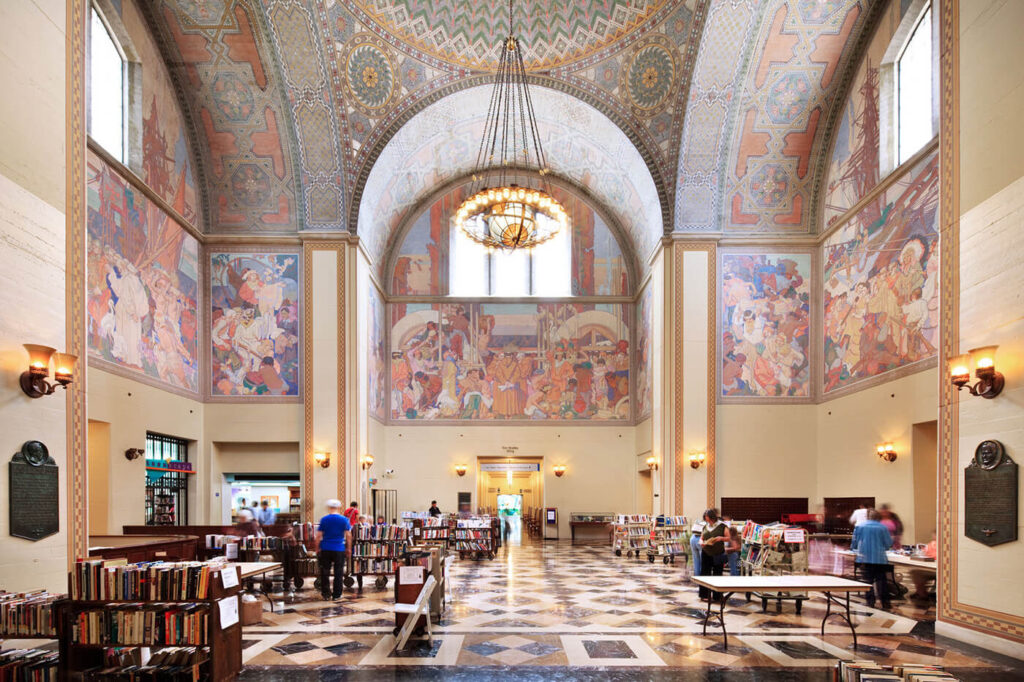 Saturday, May 18th, 2019 tour of the Central Library in Downtown Los Angeles.

Women’s Leadership in the Arts

Our Mission is to create community through art, education and social activism.

We are committed to:

Our fiscal year begins October 1st. We welcome and appreciate your continued participation and support. Please do so at https://www.nationalwca.org after October 1. Your membership will not expire until December 2021. Remember to choose CAS for our local chapter.

Please send inquiries for submitting news to share to : scwcaenews@gmail.com